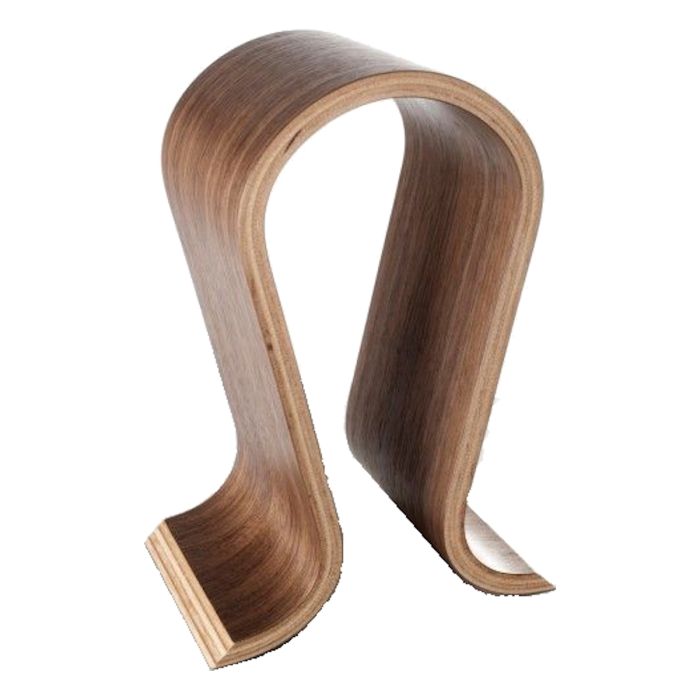 The Sieveking Sound Omega Headphone Stand made its debut at the 2009 Munich High End Show and the response was overwhelming! Made from real wood, these gorgeous stands are sumptuously finished, a sturdy and stable design which protects your headphones and shows them off.  Large enough to accommodate even very large headphones like Audeze, Sennheiser, & Grado, the Omega cradles virtually any headphone with its sensuous form.

The Omega's design is so unique it has been granted a design trademark by the European Union.  The Omega headphone stand features a smaller opening angle than a human head and thus puts less tension on the headphone than the listener does when wearing them.

Made in Germany from a single piece of wood, steam-molded then coated with clear matte lacquer, the Omega stand is built to last.  Unlike painted or glossy stands which need constant cleaning to preserve their appearance, the Omega’s soft lacquer finish will look great year after year.  To keep the Omega’s safe during transportation or when they’re not being used, SVSincludes a pouch of ultra-soft undyed flannel which can also be used to cover the stand and headphones, protecting them from light and dust.

There are four colors available (lightest to darkest):

Questions (0)
Reviews 1
Write Your Own Review