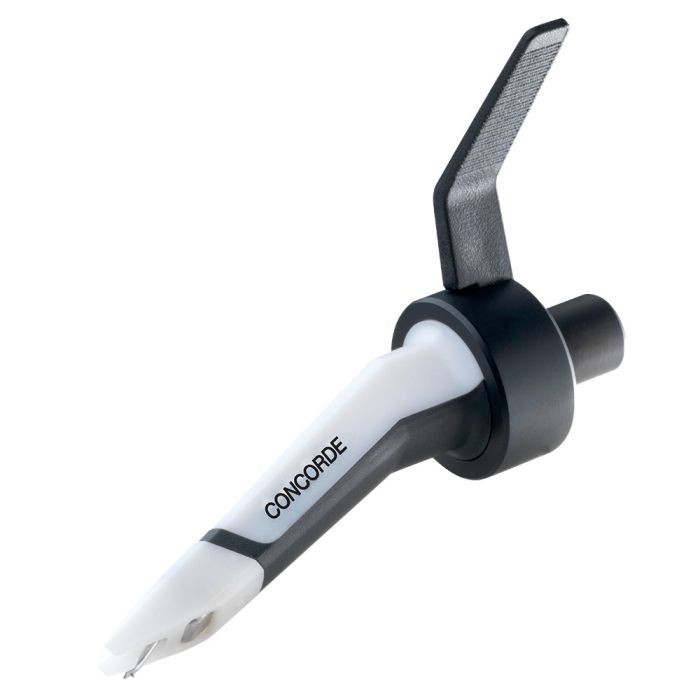 The Concorde MKII Scratch allows turntablist and scratching DJs to achieve new levels of performance with an unprecedented tracking ability and extra high output. The Scratch is intended especially for scratching and back-cueing. The Scratch uses spherical styli, as they preserve more of the groove over backcueing and scratching. For DJs that require increased tracking ability, the Scratch is up to the task. The Scratch has a supreme ability to trace the grooves of the records and it is tailored specifically for scratch. Due to its very high output 10 mV, it is perfect for scratch of all music with deep bass frequences. With solid bass reproduction and extended highs, the Scratch is also great for any style, providing energetic sound. Maximum scratch performance is guaranteed! 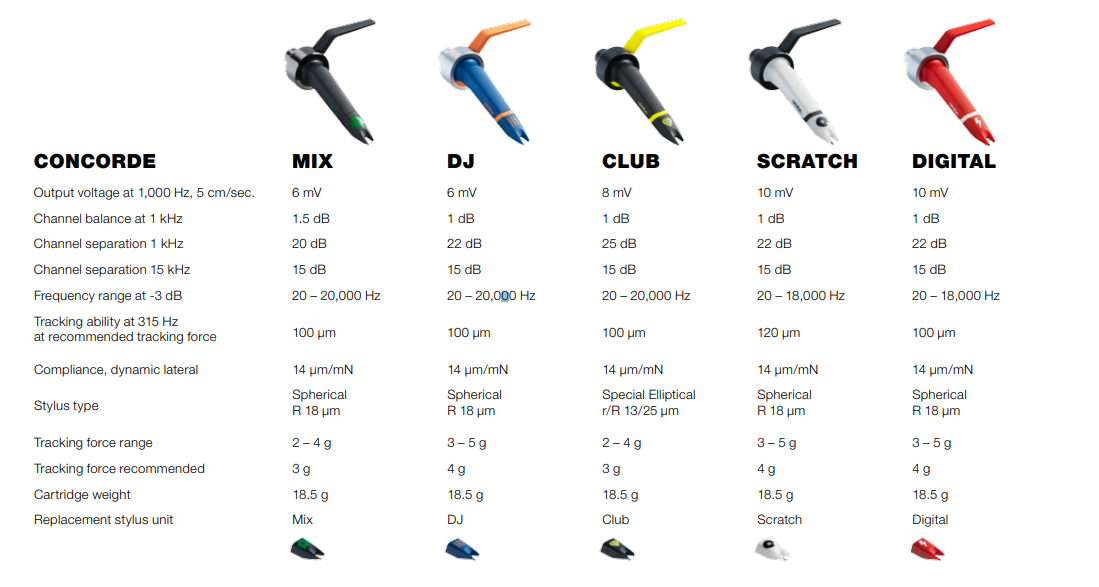