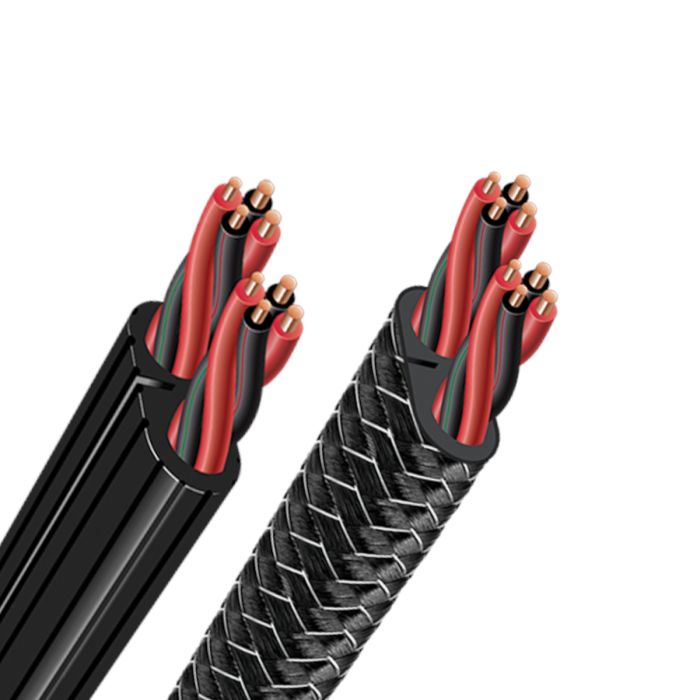 AudioQuest's bulk Rocket 44 incorporates Perfect-Surface Copper+ into its blend of conductors. PSC+ has fewer grain boundaries, which reduces harshness in the sound. This carefully finessed combination of PSC and PSC+ enables the Rocket 44 to deliver a clear and faithful presentation.

The Rocket 44 cable's negative conductors are covered with partially conductive Carbon-Loaded Polyethylene. This remarkable material reduces radio-frequency garbage being fed back into the amplifier. The sonic benefit is exactly the same reduction in "hash" and improved dimensionality that comes whenever RF interference is reduced in an audio circuit. In addition, a carbon layer damps interaction between positive and negative conductors, and an external Carbon-Based Noise-Dissipation System reduces external interference.