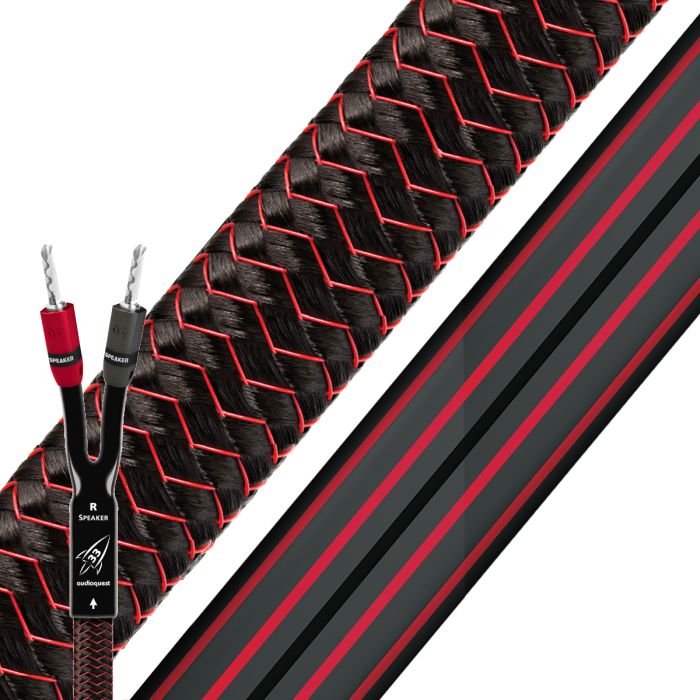 AudioQuest's Rocket 33, a Double Star-Quad Geometry cable, does not look normal on the outside and it is not at all normal on the inside. A sophisticated combination of extraordinary materials and extremely refined design allows the Rocket 33 to honor all types of music equally.

Rocket 33 is prepared with SureGrip Spade or SureGrip 300 BFA/Banana (Gold or Silver). These connectors feature Direct-Silver over copper with no layer of nickel in between.

The Rocket 33's negative conductors are covered with partially conductive Carbon-Loaded Polyethylene. This remarkable material reduces radio-frequency garbage being fed back into the amplifier. The sonic benefit is exactly the same reduction in "hash" and improved dimensionality that comes whenever RF interference is reduced in an audio circuit. In addition, a carbon layer damps interaction between positive and negative conductors, and an external Carbon-Based Noise-Dissipation System reduces external interference.