Be the first to review this product
Your Price: $65.00 65 InStock
In stock: 2
SKU
Grado-Black3Stylus

Phono cartridges & Styli are not returnable. If found defective, by the manufacturer, they can only be exchanged. 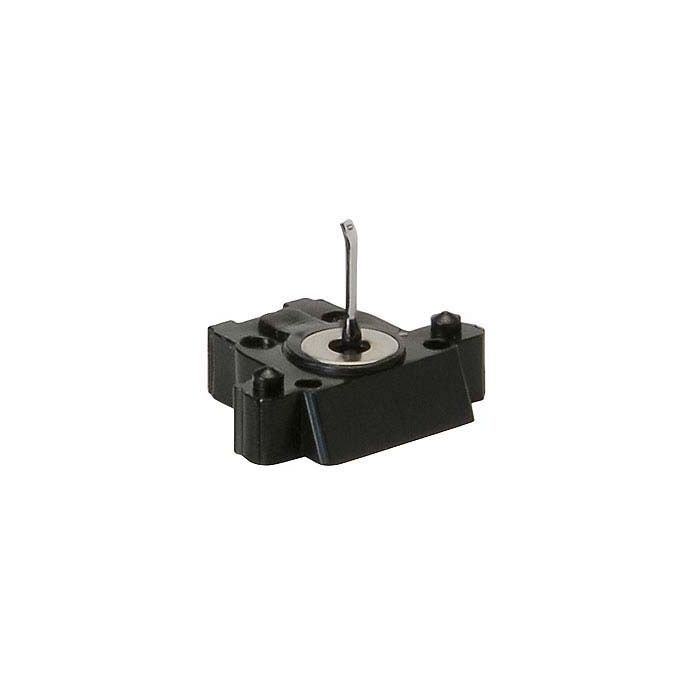 The Latest Version, the Grado Black3
The newly redesigned Black3 has had its coil design reconfigured, and the effective moving mass of its generating system has been reduced by 17%. The Black3 model uses a three piece OTL cantilever technology, standard oxygen free wire in the coils and Grado's specially designed elliptical diamond mounted in a brass bushing. The Green3 model is selected from the Black3 production run and meets higher test specifications. Approximately 15% of the production run will meet these standards and become Green3 models.

Optimized Transmission Line (OTL) Cantilever/Stylus Assembly
Grado's OTL provides an ideal transfer of the signal from point to point, e.g., stylus to cantilever to magnet to coils, etc. This has been achieved by eliminating resonance at each of these key junctions. The transmission line cantilever consists of separate sections that are telescoped into each other. All sections are made of different alloys, some sections hollow, other sections solid. These sections are bonded together with materials that act as dampers, and are coated with a black proprietary material which controls and absorbs resonances that travel on the surface of the cantilever (known as skin effects). The OTL stylus/cantilever design will make your records sound quieter, improve the height, width, and depth of the soundstage, and offer more detail than previously obtainable. Cartridge Holography does exist...and that is what Grado's OTL technology is all about, more performance.

Pivoted-Fixed Axial Cantilever/Stylus Generator
This design feature is basically quite simple. The "OTL" cantilever shaft is brought to a fixed axial pivot that supports the entire cantilever assembly. A miniature element attached to the end of the cantilever is allowed to move freely within the lines of flux of a stationary magnet and coil structure. This system of support is mechanically more accurate (more linear) than conventional "teeter-totter" designs that utilize an iron armature to balance the mass of the cantilever. The teeter-totter design is supported in the center with a rubber donut mounting. The fixed axial design has a very low tip mass, which results in lower distortion, improved transient response, and longer record life.

Note: This item is the stylus only. The full cartridge (which includes the Stylus) can be seen above in the Accessories listing.