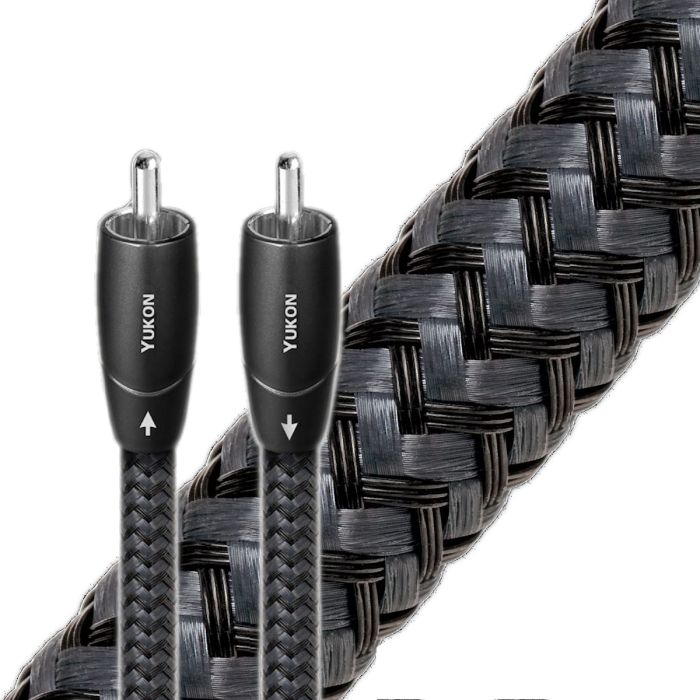 Meaning “Big River” in Athabaskan, the Yukon River starts with the Llewellyn Glacier as its source in British Columbia, and empties into Alaska’s Bering Sea. It may have been the first immigration route for North America’s first indigenous humans, and was certainly the principle means of travel during the 1896-1903 Klondike Gold Rush. Paddle-wheel riverboats continued as the dominant form of transportation along the river until the 1950s when the Klondike Highway was completed. King Salmon from the Yukon River remain an elusive, but prized delicacy.

"The Yukon resulted in a solid center image and created a sound that wasn’t present before. Vocals were clearer and the Yukon made me tap my toes and want to turn up the volume. The longer I listened, the more I appreciated the Yukon."
— Graig Neville, Part Time Audiophile

AudioQuest's Triple-Balanced Geometry uses a separate ground-reference conductor, so the cable's shield is never used as an inferior conductor. When prepared with RCA plugs, the cable's three conductors ensure that the positive and negative signals have equally superior, low-distortion conducting paths.