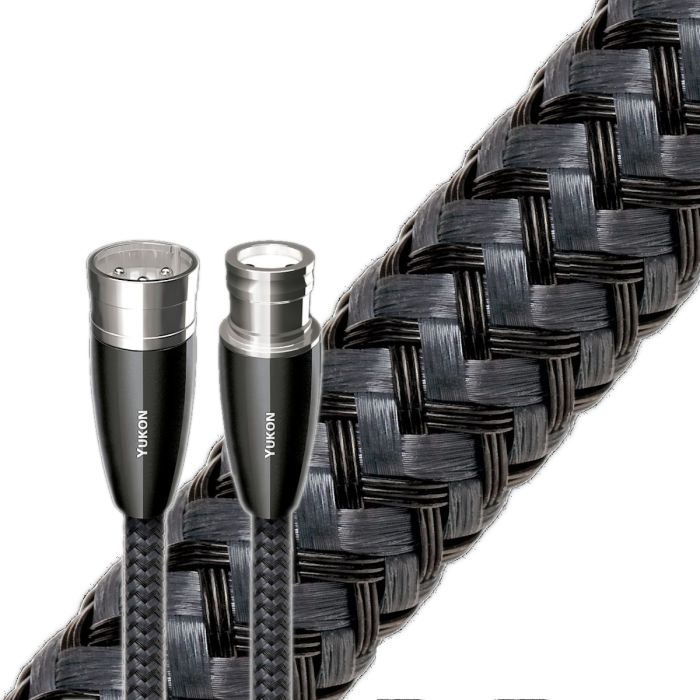 Meaning “Big River” in Athabaskan, the Yukon River starts with the Llewellyn Glacier as its source in British Columbia, and empties into Alaska’s Bering Sea. It may have been the first immigration route for North America’s first indigenous humans, and was certainly the principle means of travel during the 1896-1903 Klondike Gold Rush. Paddle-wheel riverboats continued as the dominant form of transportation along the river until the 1950s when the Klondike Highway was completed. King Salmon from the Yukon River remain an elusive, but prized delicacy.

"The Yukon XLR had a more forward and defined soundstage. It had the pace and toe-tapping vibe of its RCA counterpart. Instruments had a more natural decay and just sounded more like real instruments. I was a bit surprised by how significant the Yukon cable upgrade was—it’s a really good cable."

AudioQuest's Triple-Balanced Geometry uses a separate ground-reference conductor, so the cable's shield is never used as an inferior conductor. When prepared with XLR plugs, the cable's three conductors ensure that the positive and negative signals have equally superior, low-distortion conducting paths.

3. Buyers must request a Return Authorization Number via email ([email protected]ch.com) in order to initiate the return process. Returns without an RMA will not be accepted by the Service Department. RMAs are valid for 14 days after issue.