Be the first to review this product
Your Price: $39.95 39.95 InStock
SKU
AQ-PearlEthernet 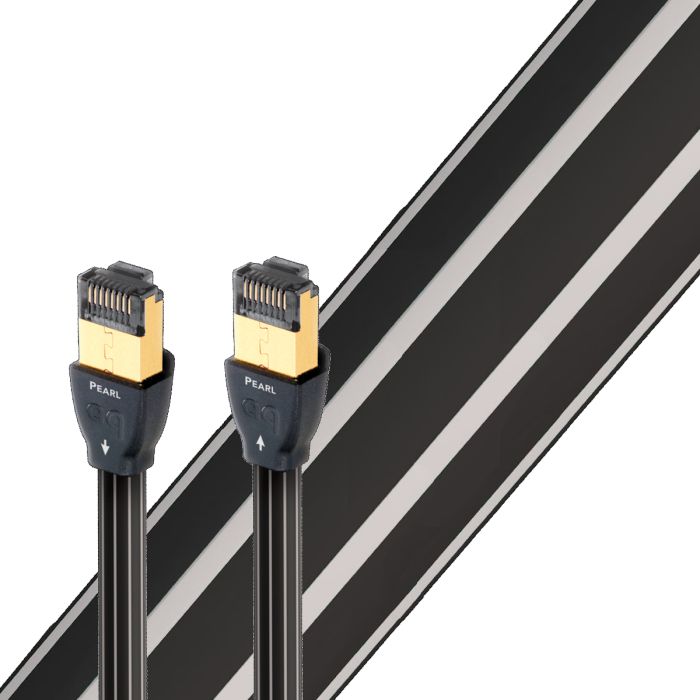 RJ/E Pearl prepared Cat 7 Ethernet cables use Solid Long-Grain Copper (LGC) conductors, which completely eliminate strand interaction, one of the biggest sources of distortion in cables, for clearer, more dynamic and involving sound. Superior conductor metals minimize distortion by having fewer grain boundaries and less impurities (such as oxides) at those boundaries. Solid High-Density Polyethylene (PE) insulation helps maintain critical signal-pair geometry. Of course all AudioQuest Ethernet cables honor the directionality inherent in all analog and digital audio cables; arrows on the jackets indicate the direction (from source to destination) for the best audio performance.

Over the past several years there's been a revolution in the way people store, distribute, and access digital media (in real time), including photos, movies, and, of course, music. No longer dependent on physical media, our media is often data that's moved from multiple devices to multiple locations. For audio applications and protocols, audio over Ethernet offers the virtues of high-speed, low time delay (latency), significant distance capability (328 feet without an active booster or repeater), and extremely low-jitter, bit-perfect communication. Who wouldn't want all of these things?