Be the first to review this product
Your Price: $429.95 429.95 InStock
SKU
AQ-HuskySubwooferRCA 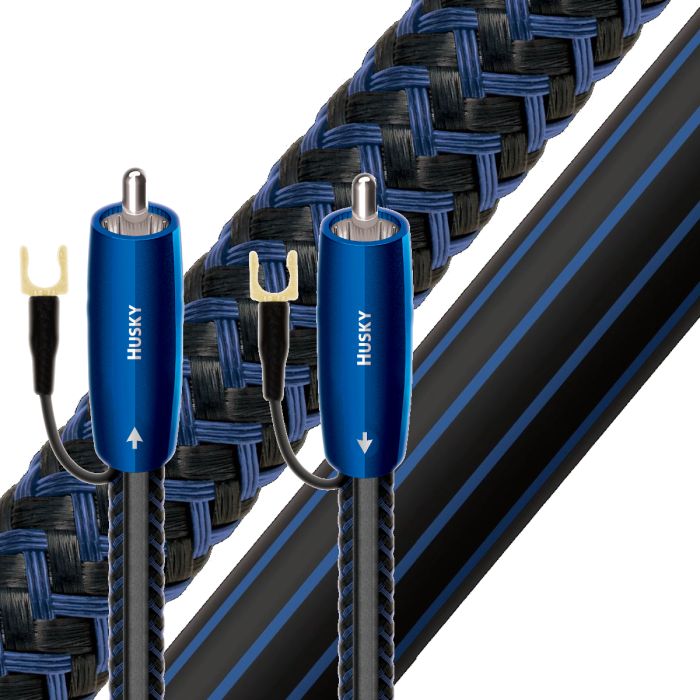 This strikingly beautiful breed has a delightful temperament combined with keen intelligence and equally acute independence of spirit. While Huskies are rarely the best choice for watchdog functions, they have an ability to learn that has been described as staggering. The Husky’s natural instincts have evolved from its historical origins as sled dogs for nomadic Siberian tribes to become loving and playful family dogs. DNA analysis has found that the Husky is one of the world’s oldest dog breeds.

Audioquest's RCA Husky Subwoofer cable features Air-tube insulation, not to keep warm, but to improve audio signal clarity.  Solid 5% Silver-Plated Copper Conductors enhance audio articulation and intelligibility, making even the lowest lows clearer. Strikingly beautiful like their namesake, all of this carefully-balanced engineering is enwrapped in blue-and-black sheathing constructed of either nylon braid or PVC.

All insulation between two or more conductors is also a dielectric whose properties will affect the integrity of the signal. When the dielectric is unbiased, dielectric-involvement causes different amounts of time delay for different frequencies and energy levels, which is a real problem for very time-sensitive multi-octave audio. The inclusion of an RF Trap, ensures that radio-frequency noise will not be induced into the signal conductors from the DBS field elements.

It's easy to accomplish 100% shield coverage. Preventing captured Radio Frequency Interference (RFI) from modulating the equipment's ground reference requires AudioQuest's Noise-Dissipation System (NDS). Traditional shield systems typically absorb and then drain noise/RF energy to component ground, modulating and distorting the critical reference ground plane, which in turn causes a distortion of the signal. NDS's alternating layers of metal and carbon-loaded synthetics "shield the shield," absorbing and reflecting most of this noise/RF energy before it reaches the layer attached to ground.