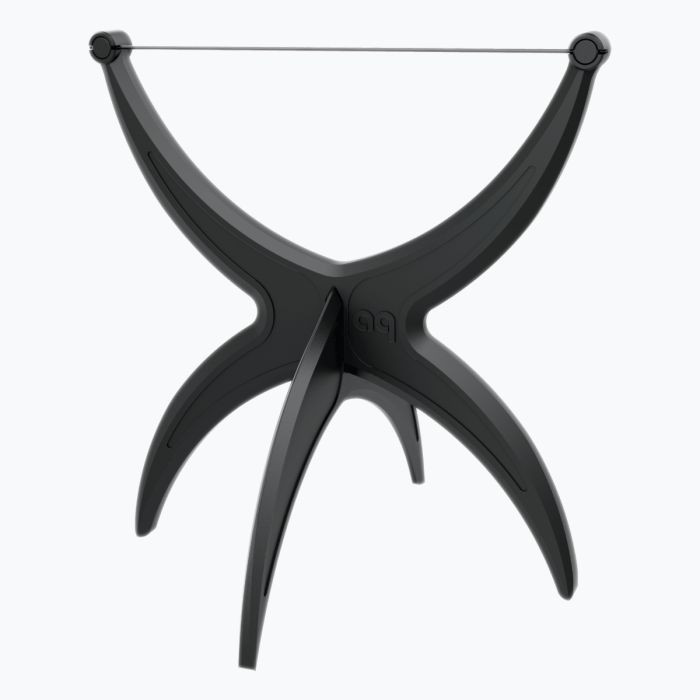 For four decades, AudioQuest has stated as clearly as possible, that pretty much all audio improvements come from reducing damage; either by preserving the original information or by not adding misinformation.

AudioQuest’s Fog Lifters work so well because of how effectively they address a significant source of misinformation: Radio-Frequency (RF) Noise coupled from the floor into audio and AC cables.

Fog Lifters significantly reduce RF coupling, whether with the floor, or due to misdirected efforts to isolate cable with stands or clamps that themselves have too much mass and are sources of RF Noise.

A carpet or wood floor, not to mention a concrete floor, might not at first seem like a source of RF Noise, but in fact RF energy is all around us and always wants to go wherever it can find a lower energy state.

Think of lightning or static electricity, especially in winter. You don’t think of yourself as an energy source, but dry heated air can make it painfully obvious that there’s an energy differential between you and the things you touch. That’s not an exact analogy, but very close.

If you’re thinking “my cables are shielded, so there is no noise problem,” you’re partially correct—but at the high frequencies we’re bathed in thanks to cellular, Wi-Fi, etc., conventional shielding does not stop RF Noise from being capacitively coupled into signal-carrying conductors—not to mention that the shield itself is drained to a ground plane, which is in a sense as sensitive as the signal because signal is the difference between signal and ground.