AudioQuest - Diamond - USB A to B Digital Audio Cable (Single) 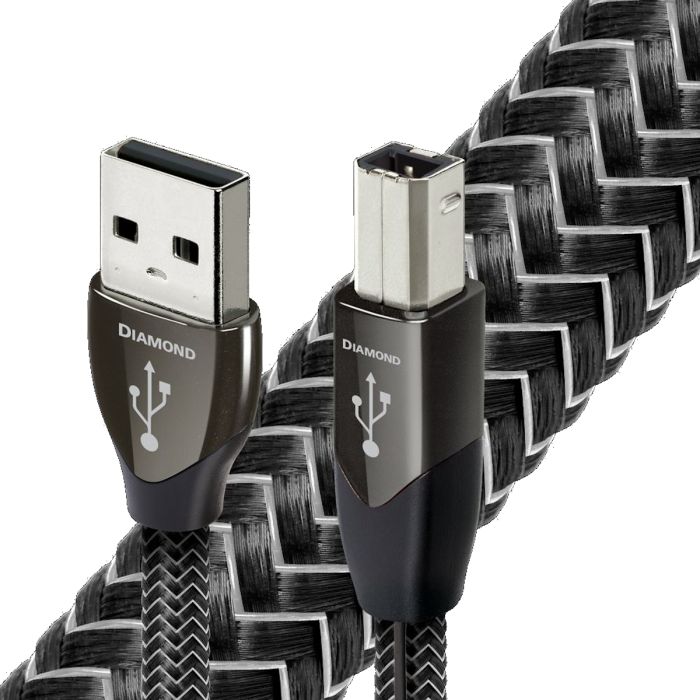 In 1982 Sony gave us "Perfect sound forever," along with the attitude that, "it's just digital, so all CD players sound the same." That was disproved and qualitative differences between players became accepted truth. Next came separate transport and DAC combos, which brought with it the attitude that "all S/PDIF digital audio cables sound the same..." until that too became disproved. Now the frontier has moved once again. Is digital audio really just ones and zeros? We don't believe so, and once you've had a chance to listen to Diamond USB, you won't think so either...

All insulation between two or more conductors is also a dielectric whose properties will affect the integrity of the signal. When the dielectric is unbiased, dielectric-involvement (absorption and non-linear release of energy) causes different amounts of time delay (phase shift) for different frequencies and energy levels, which is a real problem for very time-sensitive multi-octave audio. The inclusion of an RF Trap (developed for AudioQuest’s Niagara Series of power products), ensures that radio-frequency noise will not be induced into the signal conductors from the DBS field elements.